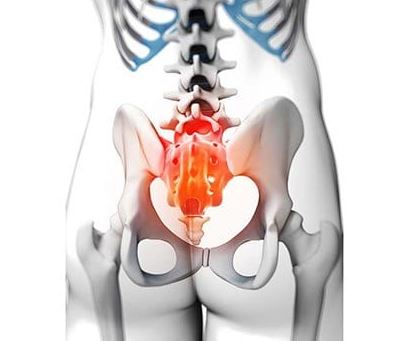 What are Sacroiliac Joints?

What is Sacroiliac Joint Pain?

You may feel pain if a sacroiliac joint is injured. At times it may feel like simple muscle tension, but at other times the pain can be severe. You usually feel sacroiliac joint pain in an area from your low back down to your buttocks. But sometimes, if a joint is very inflamed, pain may even extend down the back of the leg.

How Do I Know if I Have Sacroiliac Joint Pain?

What is an RFA?

An RFA uses radiofrequency energy to disrupt nerve function. When this is done to a sacral nerve, the nerve can no longer transmit pain from an injured sacroiliac joint.

What Happens During RFA?

An RFA may start with an IV (medicine given intravenously) to help you relax. A local anesthetic will be used to numb your skin and track where the RFA probe will be placed. Dr. Patel will inserty and position an RFA parallel to the SI joint, so that it is overlaying the nerves which intersect the joint. Flouroscopy, a type of x-ray, will be used to correctly position the device. Once the prove is properly placed, radiofrequency energy will be used to disrupt the nerves related to pain of the sacroiliac joing.

What Happens After an RFA?

You will be monitored after the procedure. When you are ready to leave, we will give you discharge instructions. You may also be given a pain diary. It is important to fill this out becaues it helps us know if the RFA treatment was effective. Take it easy for several hours. You may feel sore for two to three weeks. This is normal. It may be due to muscle, ligament and nerve irritation. Your lower back may feel numb, weak, or itchy for a couple of weeks. Complete pain relief normally takes three to four weeks.

Who Long Can I Expect Pain Relief?

Nerves regenerate after an RFA, but how long this takes varies. Your pain may or may not return when the nerves regenerate. If it does, another RFA can be done.

Inverventional Spine and Sports is now offering Simplicity III. It is a new revolutionary RadioFrequency probe by NeuroTherm. It is the first probe of its kind. It is flexible and facilitates placement in difficult to navigate anatomical areas.

“The SI joint is an established and well accepted primary pain generator in as many as 15 % of patients complaining of low back pain. While the diagnosis can be established by well-performed, fluoroscopically-guided injections of local anesthetics with or without steroid, those not responding to injections and/or conservative treatment were destined to a life of pain, ineffective percutaneous treatments, or difficult and painful surgical fusion.

Denervation of the joint using radiofrequency energy such as that utilized for Zygapophyseal joints in the cervical, thoracic, and lumbar spine was technically challenging and inconsistent in response due to the limitations of lesioning equipment and, more importantly, the diffuse and mesh-like innervation of the joint extending from L4 or L5 to S4.

The design of the Simplicity III radiofrequency probe addresses this variable and diffuse innervation by creating a consistent, broad, radiofrequency lesion that could be placed using a single percutaneous entry point safely and effectively lesioning the lateral branches of S1, S2, S3, and S4. When combined with a standard RF lesioning of the L5 dorsal ramus, the SI joint can be rendered clinically insensate. The results of the pilot patient group of thirty patients and up to three years follow-up have been so positive and successful that I now evaluate the SI joint (as a very treatable condition) early in the differential diagnosis algorithm of patients with back pain at or below the level of L5.”